Wicklow Goes Woke … and falls asleep at the wheel 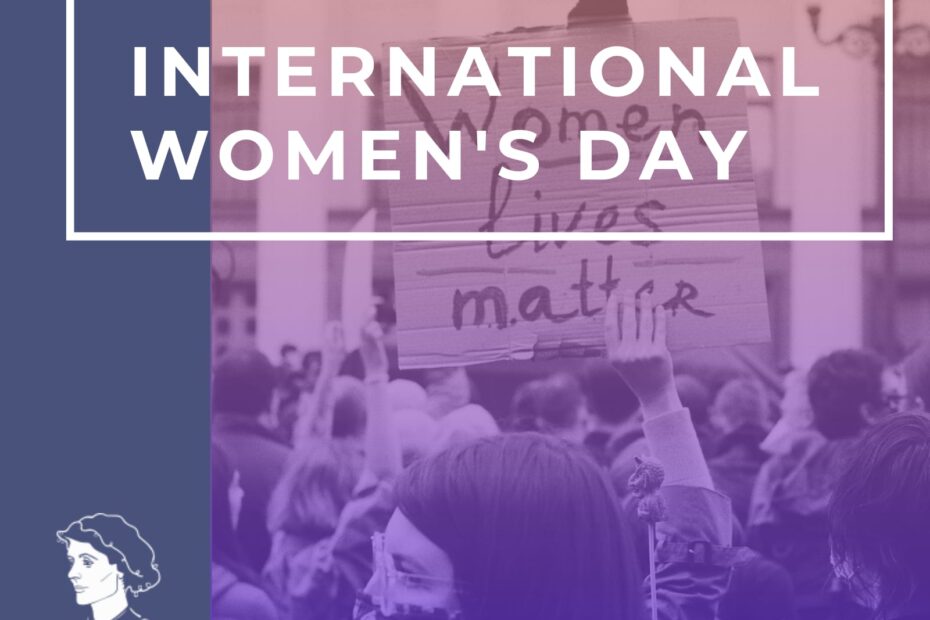 To celebrate International Women’s Day 2022, Wicklow Library hosted an event with Sara Phillips, Chair of TENI, to speak about “topics that affect transgender women in terms of inclusion”. Sara Phillips was born male and fathered three children before starting to transition in the mid 2000s. Phillips has also been on the board of the NWCI (National Women’s Council of Ireland) since 2020.

Many women were angry that Phillips was platformed for International Women’s Day. Phillips has a long track record of working to influence policy-makers to prioritise trans identifying males’ rights at the expense of women’s rights. In November 2020 TENI published a letter in GCN (Gay Community News) calling on media and politicians to no longer provide “legitimate representation” for those who “defend biology”, which they designated as a “bigoted belief”. The NWCI also signed that letter. The letter was specifically targeted at two new grassroots groups – The Countess and the LGB Alliance – which had recently been formed in response to the increasing erosion of same sex spaces in favour of more “gender neutral” policies.

In this three part series, we take a closer look at TENI’s practices and how their “inclusive” policies have had a negative impact on women’s categories such as prisons and sports, to the extent that there are now three violent trans identified males housed among the female prison population, while a champion Irish weightlifter from Glasnevin has lost her world record to a trans identified male weightlifter.

We will also take a closer look at TENI’s financial practices. In April of this year the HSE suspended all funding to TENI, after an article in the Sunday Times revealed financial irregularities, including a failure to submit its accounts on time for several years in a row. In 2017 TENI made payments to two directors, including almost €3,500 to Phillips, for consultancy work on a state-funded project, which TENI failed to disclose in the company’s annual accounts. TENI claimed the payments to Phillips were for “legal expertise”. Phillips’s biography on the TENI website, describes Phillips as a “chartered accountant” and not a lawyer.

In a further article by Mark Tighe in the Sunday Times on May 8th, it was revealed that Chartered Accountants Ireland said it had no Sara Phillips on its register. The following day TENI deleted its online biography for its Chairperson from their website. The NWCI website’s board members profile page, credits Phillips with an ACCA qualification.  Chartered Accountants Ireland said an ACCA qualification does not permit those graduates to describe themselves as “chartered accountants”.

To celebrate International Women’s Day 2022, Wicklow Library hosted an event with Sara Phillips chair of TENI, to speak about “topics that affect transgender women in terms of inclusion”.

International Women’s Day is one day in the year for women. Wicklow County Council spent a whole month supporting the LGBTQ+ community in 2021. While unable to host any events due to Covid, Wicklow County Council flew transgender flags on Municipal district offices, libraries and County Buildings to support Pride month. Wicklow local libraries also highlighted some of the best LGBTQ+ authors and books available for all ages.

Sara Phillips was born male and fathered three children before starting to transition in the mid 2000s. Phillips recounts an early transition story about going to a job interview “as a guy”.  Given all of the evidence on the gender employment gap, the gender pay gap and the gender gap in decision-making in business, who wouldn’t go to job interview “as a guy” given half the chance? Phillips’ pre-transition career benefitted from male privilege.  Phillips could choose how to present at an interview because Phillips identifies as a woman. Women who are women because they are female, cannot go to a job interview “as a guy”. Women have to deal with gender bias throughout their careers with many facing pregnancy discrimination and discrimination against working mothers. Mothers are penalized in the workplace whereas fathers are rewarded.

The theme of International Women’s Day 2022 was #breakthebias, this was supposed to be about how we can ‘break the bias’ and create gender equality in our workplaces. It was a particularly sick joke to see someone who clearly has no experience of the countless biases women face in the workplace taking the place of a woman at an event for IWD 2022.

The Rights of Irish Women in the Workplace

In 2017 Sara Phillips launched TENI’s guidance Supporting Transgender Inclusion in the Workplace: Guidelines for Employers and Employees with then Minister for Social Protection Regina Doherty. The guidance includes a case study which shows just how Phillips and TENI prioritise males with transgender identities over women.

The guidance includes a “case study” example of a male employee who is currently presenting as a man at work but just recently came out as a transwoman called Janet to their line manager Steve. Janet intends to start presenting as transwoman at work and wishes to start using the female facilities. The case study describes how Steve “thinks the fairest course of action is to ask the other women if they feel comfortable with Janet using the women’s toilets. He thinks this is the most democratic option”.

This would seem like a very reasonable response which recognises that some consideration should be given to female employees who use the women’s toilets, however TENI’s guidance says that response is problematic. TENI’s guidance says that Steve’s plan is “unfair to Janet” and advises employers instead to not consider female employees and just consider Janet. It says “Janet would have preferred if Steve had simply informed the rest of the team at a staff meeting that she will be using the facilities appropriate to her gender.” And that “Any objections to Janet using the women’s toilet usually stem from a misunderstanding of what it is to be a trans woman (i.e. fears around having a ‘man’ in the ladies’ restroom“.

TENI’s workplace guidance says Janet should “be treated like any other woman”, but Janet is not like “any other woman” who was born female, Janet is a trans identifying male. Women’s fears around having a ‘man’ in the ladies’ restroom are completely justified irrespective of how that man identifies.

Female only single-sex facilities exist in public spaces and workplaces to protect women’s safety, privacy and dignity. Single-sex spaces exist because of the fact that 99% of sex offenders are male and 80% of victims of sexual crime are female. The two most common sexual offences are voyeurism and exhibitionism, and sexual assaults happen at higher rates in mixed-sex facilities compared with single-sex spaces.  Biological sex is a key factor in patterns of criminality irrespective of how a person identifies, the only long-term research peer-reviewed study on transgender people who had completed sexual re-assignment surgery found that transgender people who were born male, retain a male pattern of criminality even after taking cross-sex hormones and having sex re-assignment surgery.

Women’s rights to free speech – Biology is not bigotry

In 2018 the National Women’s Council (NWCI) an organisation in receipt of massive public funding to represent women, passed a motion supported by Phillips to “advocate for a healthcare system that better responds to the needs of transwomen”. Phillips has been on the board of the NWCI since 2020.

In 2020 the HSE replaced the word “woman” with the words ‘anyone with a cervix’ in Cervical check literature. After campaigning by ordinary women in grassroots volunteer groups like The Countess (and without support from the NWCI), the word “woman” was eventually reinstated. The women who campaigned to have the word woman reinstated were called transphobic and bigoted. The word man has never been removed from prostate cancer or any men’s health literature.

In November 2020, TENI published a letter calling on media, and politicians to no longer provide legitimate representation for those who “defend biology” which they designated as a “bigoted belief”. Phillips signed that letter. The National Women’s Council of Ireland also signed that letter.

The Countess RedC poll in 2021 found very little support among respondents for the Gender Recognition Act 2015. Only 17% of respondents agreed that a person should be able to change the sex on their birth certificate with no gatekeeping whatsoever, while 62% think either it should not be allowed at all, or only once a person has transitioned through hormones and genital surgery.

To re-iterate 62% of survey respondents do not support the law which Phillips led negotiations on.

In March 2022 a Countess volunteer was harassed at an NWCI rally for holding up a placard saying “Biology is not Bigotry” and “Woman – Adult Human Female”.

Phillips has a very long track record of consistently prioritising trans identifying males’ rights over women’s rights. Women’s rights in Ireland are being eroded before our very eyes by trans activists like Phillips and like minded supporters. It is gaslighting women to host an event celebrating Phillips on International Women’s Day.

Wicklow library continued with this event despite complaints from numerous women about how inappropriate and insensitive it was to women to host this event.

Part 2 of this series to come next week…