Irish Public Have their Say in First Irish Gender Poll 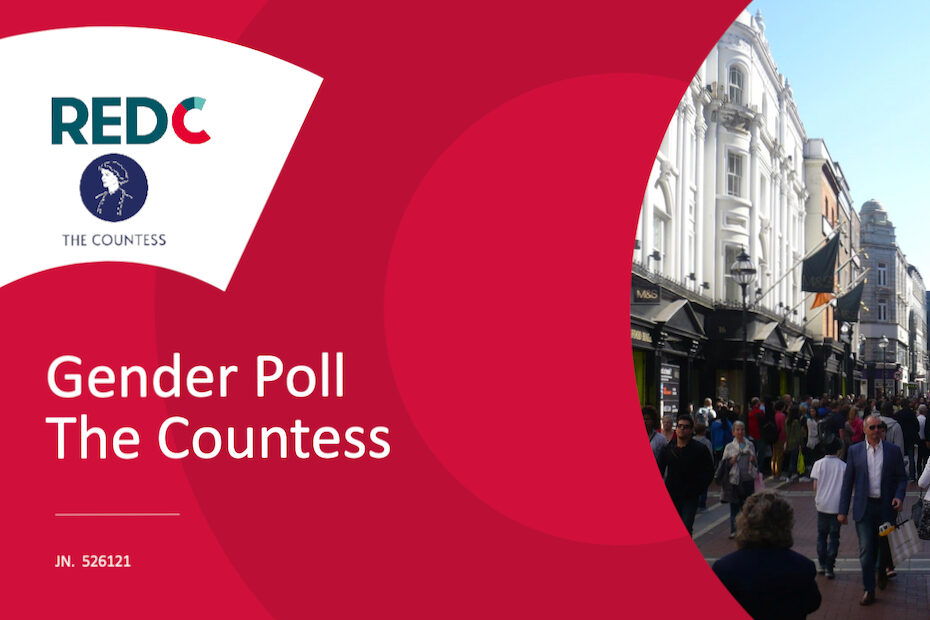 Irish society has become more accepting of gender expression, but when it comes to the provision of intimate spaces and services, biological sex matters.

The Countess last month commissioned the first-ever independent survey into attitudes to gender in Ireland. It has revealed widespread support among the Irish public for single-sex spaces, services and sports.

The results also revealed that while half of adults believe that people should have the right to change their sex on their birth certificate, most of them feel this should only be permitted once some action has been taken towards gender reassignment via hormones or surgery.

This is the first time the public has been given a say on gender self-identification. When the government passed the Gender Recognition Act in 2015 it did so with little thought of the effect it would have on the wider community, let alone consultation with groups that would be most affected, particularly women.

Males, no matter how they identify, should not have access to women’s spaces, services and sports, and this shows that the majority of people in Ireland agree. We are encouraged that the Irish public values the safety, privacy and dignity of women and girls. This is about what is fair.

The survey provides clear evidence that Irish law is out of step with public opinion.

Fewer than one in five respondents agree that a person should be able to change the sex on their birth certificate with no gatekeeping whatsoever, while 62% think either it should not be allowed at all, or only once a person has transitioned through hormones and genital surgery.

These results suggest we need a much wider public discussion on the law as it currently stands. There is an urgent need for more clarity in the debate on biological sex and gender, as well as for greater transparency on how the distinction between sex and gender affects public policy and law.

Good policy and law are based on precise language. When it comes to sex and gender, we need clear definitions – otherwise it becomes impossible to protect sex-based rights.

For media or other enquiries about this important poll, email media@thecountess.ie.

Join the conversation online by tweeting/posting with the hashtag #IrishGenderPoll.