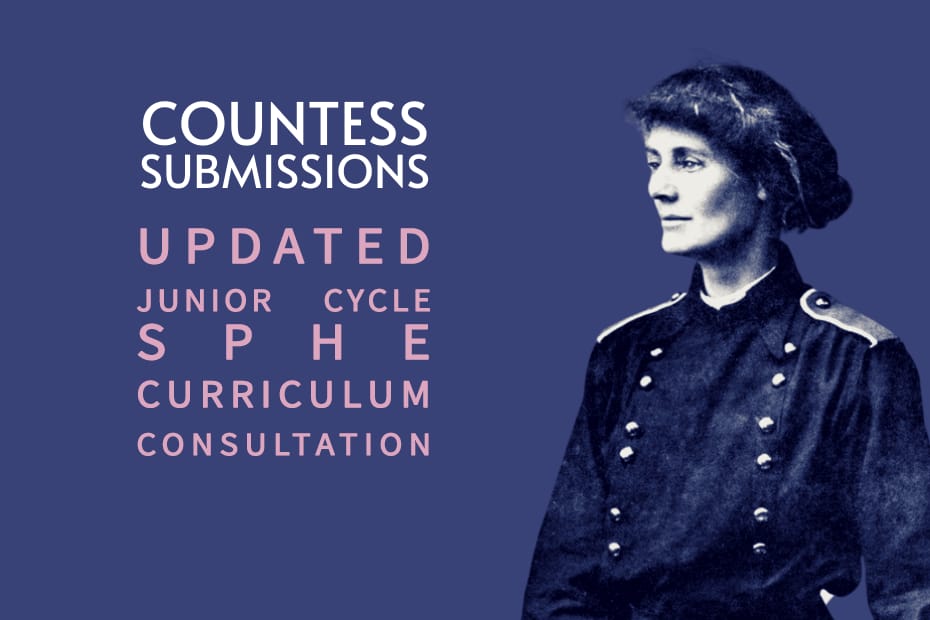 Following a review of the Relationships and Sexuality Education (RSE) in primary and post-primary schools, the National Council for Curriculum and Assessment (NCCA) was tasked with updating the curriculum as a priority.

The draft junior cycle SPHE curriculum has been published, and the NCCA is now seeking feedback and suggestions from parents, carers, teachers and students on its contents.  The proposed course will provide 100 hours of learning in SPHE over the three years of junior cycle.

It will come as a surprise to many parents, teachers, and students that the NCCA considers gender identity and gender expression as core parts of human identity.  They are not.  They are part of a belief system (gender identity) that the silent majority do not hold, as demonstrated in our RedC Gender Poll conducted in July 2021. Teaching the draft SPHE curriculum is supported by resources and guidelines supplied by the NCCA, referred to as Online Toolkits.  They provide resources for teachers to use when delivering the updated curriculum. Some are already being used. The resources that relate to gender identity and sexual orientation promote homophobia, sexist stereotyping, social and medical transition, contradict the science curriculum and fail to take account of the needs of desisters, detransitioners and ignore the most basic tenets of child safeguarding and consent.

The NCCA is now inviting feedback that will inform the final SPHE curriculum.  The feedback can be submitted through online surveys which will remain open until October 18th, 2022. We have provided a bullet point summary of our full submission and the links for you to submit your views.

The only way we can defend schoolchildren and teachers from the rollout of ideologically driven curricula is to make ourselves heard.  You do not have to write a lengthy submission.  Your submission is anonymous. You are entitled to say no.  Make yourself heard.

We would love to hear what you think of our submission please let us know here.

The NCCA is seeking input from parents, carers, students and teachers on the Draft Junior Cycle Social, Personal and Health Education (SPHE) curriculum.  The draft SPHE curriculum can be found here.

A full submission on the draft curriculum was produced by The Countess’ schools and safeguarding team. This interdisciplinary team comprises women working in law, psychology, education and health.  The Countess rejects the assertion promoted by the NCCA that everyone has a gender identity in addition to their biological sex.  The draft curriculum relies heavily on a resources toolkit that promotes these views.  View our submission here.

How can you make your concerns known?

The following bullet points set out the many contradictions and errors in the draft curriculum and the toolkit of teaching resources.  We hope you find the bullet points useful in making your own submission. You can submit your comments using the links below.  Your submission doesn’t have to be long.  State your concerns in plain language.  Give examples if you have them.

Parents/carers can make their submission to the draft curriculum here.

Teachers can make their submission to the draft curriculum here.

Students can make their submission to the draft curriculum here.

Suggested bullet points for your submission.