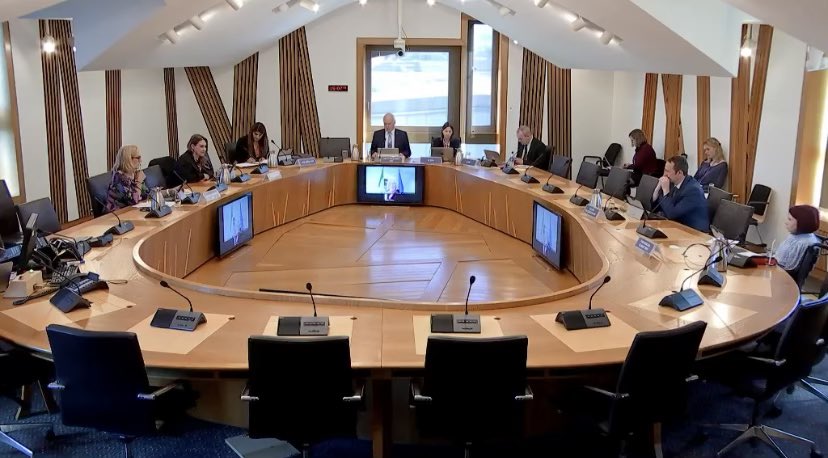 There is much to report on the Senator’s contribution.  This is Part 1.

According to Senator Doherty

‘the enactment of the [GRA] act in 2015 for people aged 18 and older is working incredibly well. It is working seamlessly’ but ‘ [t]here is a small but growing campaign to repeal the Gender Recognition Act 2015. Therefore, I fear that we might have a summer of discontent ahead of us………[t]here is currently a growing debate in Ireland that is not respectful’.

What element of the debate is ‘not respectful’? The callers to @rteliveline who expressed their concerns about the removal of the word ‘woman’ from Maternity Legislation?  The full page of letters from concerned readers in the June 26th edition of the @TheSundayIndo?  How is asking a question disrespectful?

The Senator went on to say;

‘When I look back at the time when we went through the process of enacting the legislation in 2015, and when I did the review, it really felt as though it went under the radar. There were thorough debates in the Parliament’.

This is an incredibly important statement from Senator Doherty.  To those familiar with how the GRA was passed, this phrase, ‘under the radar’ is all too familiar.  We have been told time and again that the GRA 2015 was robustly examined and publicly debated.  Yet we know that the ‘Denton’s Document’, a handbook for the introduction of self ID, advised lobbyists worldwide to do as the Irish did because ‘The legislation went under the radar in Ireland because marriage equality was gaining the most focus’. The advice was to attach your unpopular GRA proposal onto a popular piece of legislation (Marriage Equality) and the public won’t notice.  For the first time a public representative has stated that, in her opinion, the legislation felt as though it ‘went under the radar’.

Senator Doherty’s naivete about the lengths some men will go to access women’s spaces seems out of character.  She is a smart woman.  She describes the idea that a man would act in bad faith and claim to have a trans identity as ‘fanciful’.  Apparently, she seems unaware of any situation in Ireland, current or historic, where men presented themselves as trustworthy then behaved abominably.   The Senator is aware that there are men with GRCs in the women’s wing of Limerick prison.  She said;

‘I do not know the reasons behind the journey that the two people [men with GRCs] who are in the prison in Limerick have undertaken, but I know there is a real suspicion that they are not really the gender that they have assigned themselves today, and that they did what they did only to get into a female prison’.

Senator Doherty describes these men as being on a ‘journey’. Unfortunately, the chosen destination of that journey is close contact with vulnerable women in prison.

‘[t]he notion that women now have to fear a man dressing up as a woman and getting a gender identity certificate so that he can threaten women in a dressing room or single-sex toilets………is fanciful ………. A man who wants to be violent towards a woman does not need to go to the extent of changing his gender through a certificate so that he can get access to me in the dressing room of Zara or wherever it happens to be. It is a false argument’.

There are numerous accounts of men doing exactly this in the UK and the US.  The fact that it hasn’t been reported in Ireland doesn’t mean it hasn’t happened yet or won’t happen in the future.  As a former student of Kings Inn, Senator Doherty surely understands that good legislators anticipate what may happen and formulate law to safeguard against harm.

In spite of the Senator’s almost total lack of ability to understand human nature and in particular the nature of predatory men she did offer some glimmer of hope to those of us concerned about women’s safety when Senator Doherty said;

‘The evidence that was presented to us [during the GRA deliberations] was that nobody woke up on a Tuesday and decided that they were going to change their gender………there wasn’t a lot [of evidence] to look at but there is now’.  It is encouraging that the Senator acknowledges that there is more evidence to be considered when assessing the risk that men claiming trans identity pose to women.  We suggest she starts by looking here.