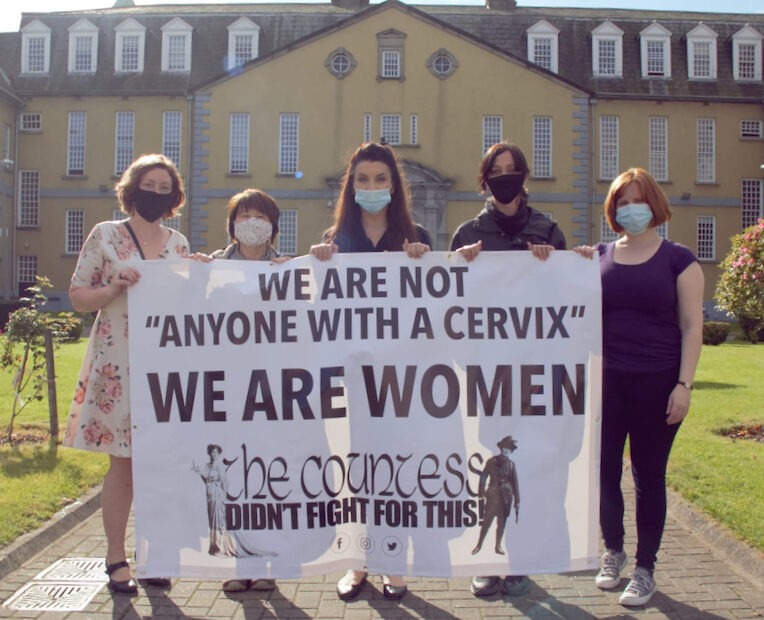 Today, the 29th of September, a brand new political campaign was launched to amend the Gender Recognition Act 2015 (GRA) with a protest action outside the HSE Head Office in Dublin.

“I am delighted to finally give voice to the many unspoken concerns of the Irish people regarding the Gender Recognition Act (GRA) which was, after all, brought in without any public debate or consultation. The Gender Recognition Bill was amended at the last minute when we switched from the medical model with its built-in medical gatekeeping and child safeguarding to a model of self-declaration.

Women were not consulted when their rights were given away. The Irish people were not asked if they wanted to redefine the basis of society.

The public at large must be made aware of this fundamental and wide-ranging change in the law. Women, whose rights are affected must be consulted.  We call on the government to address our policy concerns which have come about directly as a result of the GRA.”

The group immediately went viral on social media with over 500 followers within 30 minutes of launching on Twitter.

The group intends to campaign on policy issues ranging from prisons to sports, from the erasure of women in language to institutional capture, from protecting sex-segregated spaces to child safeguarding.

FacebookTwitterLinkedinPinterest
Tags:languagelegislationprisonsschools and safeguardingsingle-sex provision
nextNew Grassroots Political Campaign ‘The Countess Didn’t Fight For This’ Protest Outside the Dail
JOIN US
DONATE