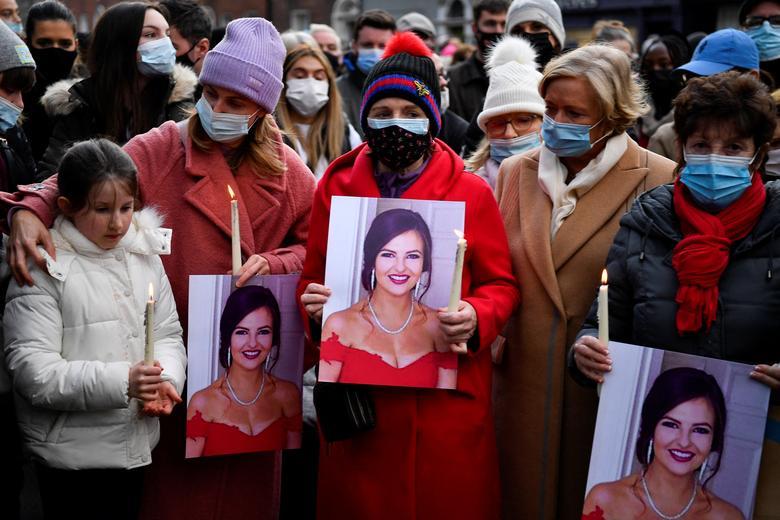 In his latest piece for The Countess, Consultant on Prisons, Gearóid O’Loingsigh gets to the heart of the problem of male violence against women. Approximately 90% of MVAW occurs in the home. In February 2021, Safe Ireland[1]Safe Ireland (2021). Tracking the Shadow Pandemic – Lockdown 2. A report on women and children seeking support from Domestic Violence Services September 2020 – December 2020. reported that, on average, at least 2,018 women and 550 children accessed supports from a domestic violence service each month from September to December 2020. Additionally, over 2,445 new women and 486 new children contacted a domestic violence service for the first time over this four-month period.

The common denominator is that these incidences almost invariably happen when a woman is alone with a man and therefore vulnerable because of the physical power imbalance. This is the crux of the problem and one that needs to be addressed.

While male violence in the home is an extremely complex and difficult issue to address, there are effective measures in place to protect women in the public sphere from “stranger danger”.

10% of cases of MVAW occur in public spaces at the hands of strangers. European Union Agency for Fundamental Rights (2014)[2]European Union Agency for Fundamental Rights (2014). Violence against women: an EU-wide survey. Luxembourg: Publications Office of the European Union. found that 61% of victims of violence against women avoided public places for fear of being assaulted.  An effective measure to limit opportunities for assault, is to ensure that women have access to single sex spaces in a public setting such as public toilets, changing rooms, hospital wards and prisons, thereby sending a strong safeguarding message to women.

Unfortunately, women’s boundaries are under threat since the introduction of the Gender Recognition Act in July 2015, which followed in the wake of the Marriage Equality Act in May 2015.

As Gearóid O’Loingsigh states in his piece,

“Irish women were always regarded as second-class citizens. Women have had to fight for very basic rights since the foundation of the state.  Although progress has been made in the area of abortion, divorce, contraception and even in employment, the attitudes and power structures that fomented such ideas remain in place.”

These societal factors have a bearing on whether violence is encouraged or inhibited. Risk factors include discriminatory or weak legal frameworks that foster a culture of discrimination against women and that seek to ignore safeguarding measures to limit opportunities for violence.

Ashling Murphy: A Victim of Misogyny

The recent murder of Ashling Murphy in Tullamore has focused the country’s attention on the question of male violence against women.  The outpouring of grief and acts and vigils of solidarity with the family and the murdered woman show that the issue touched a nerve in Irish society, however, such killings are not new and there have been a number of recent murders of other women which went unremarked and unnoticed by the mass of society, for a variety of reasons.

According to the Women’s Aid site:

It is clear from this data that most murdered women die at the hands of those they know and Ashling Murphy’s brutal slaying at the hands of a stranger, is less common than murders by partners and other relatives.  It is an important point, as in the current climate some of the media focus has been on the danger from strangers, which is not without merit, but is not the complete picture.  What is at work here is misogyny, plain and simple.

The United Nations Office on Drugs and Crime calculated that 47,000 women were murdered worldwide in 2020 by their intimate partners or other family members, i.e. a women is murdered in such circumstances every 11 minutes.[4]See UNODC (2021) Killings of women and girls by their intimate partner or other family members: Global estimates … Continue reading  It should be borne in mind that the UN is cautious and conservative in its estimates. The report uses the misnomer of gender-based violence rather than sex, an unfortunate trend in many public documents, however, the statistics are clear as is the reasoning.  The report attributes male violence against women to being motivated by

This is exactly the point and Irish society has long sought to control and punish women as have all European societies, it is not a problem unique to just any one country.  The report also pointed to a decline in murders of women outside the home, but a relative stability in such numbers in a domestic setting, which is indicative of where women face the greatest danger.

When the media look at such killings in domestic settings, its racism usually comes to the fore.  It is true that so called honour killings exist and dowry deaths in India, but there is no escaping that the murder of women in domestic settings or at the hands of a person known to them outside of the home is a common thread across the globe and jurisdictions.

In the case of the north of Ireland, the situation is not any better than in the south, in fact it seems that it is worse.

The case of Northern Ireland is a peculiar one. If we separate Northern Ireland from the rest of the United Kingdom, the number of femicides reaches a high level of 4.2 deaths per million inhabitants, or eight murders of women in 2017.

This is a very high figure compared to the Scottish average (0.17) or the average in England and Wales (0.13).[6] See https://www.euractiv.com/section/justice-home-affairs/news/france-and-germany-have-high-femicide-rates-compared-to-rest-of-eu/

Indeed, it is very high and is a lot higher than the European average.  The murder of Ashling Murphy is not an isolated incident, even though the circumstances are less common than other murders.  Nor is it a particularly Irish phenomenon.  In Irish society women are second class citizens, who have had to fight for very basic rights since the foundation of the state.  Although progress has been made in the area of abortion, divorce, contraception and even in employment, the attitudes and power structures that fomented such ideas remain in place.

Women should be safe in the home and in the street.  They should also have control over those women only spaces designed to afford them some protection, such as same sex changing rooms, prison wings, and of course refuges for women victims of male violence.  All of these are under threat now.  The society which saw young Ashling murdered harbours others who in the name of identity politics tell women in refuges and rape crisis centres that they must refer to their rapist as ‘she’, when the man decides to identify as a woman.  These are not separate issues, they are part and parcel of the same fight against misogyny.

About the author: Gearóid Ó Loingsigh is a political and human rights activist in Latin America and has published a number of reports on prisons in Colombia. Prior to the Covid-19 pandemic he regularly visited prisons in Bogotá, Medellín, Cúcuta, Bucaramanga and Valledupar to carry out workshops with prisoners. Gearóid has given talks to and workshops with grassroots rural and student based organisations on prison issues and also conflict and development.