We Will Be Heard 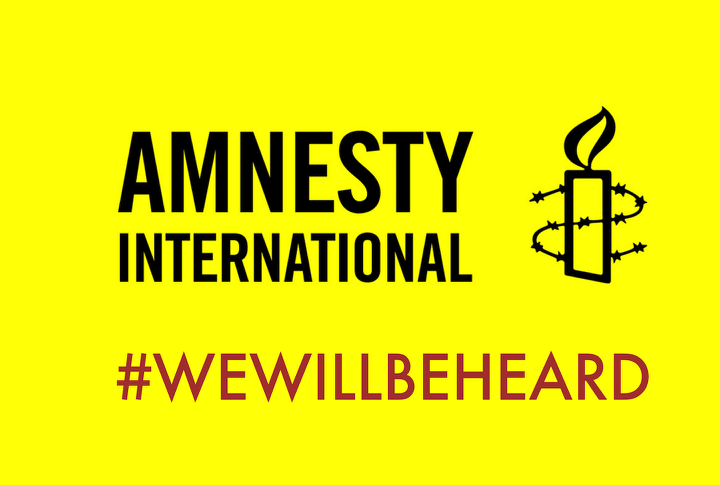 PUBLIC STATEMENT BY THE COUNTESS

In an unprecedented move in a modern democracy, a publicly-funded lobby group has viewed itself sufficiently powerful to have produced a 2000-word screed smearing us, a group of ordinary citizens who question gender ideology, as “right-wing” and “illegitimate”, while ordering the journalistic and political class in our country to deny us airtime and – worst of all – democratic political representation.

‘We call on media, and politicians to no longer provide legitimate representation for those that share bigoted beliefs, that are aligned with far right ideologies and seek nothing but harm and division. These fringe internet accounts stand against affirmative medical care of transgender people, and they stand against the right to self-identification of transgender people in this country’

What is our sin?

We are organising and we are asking for open and honest discussion on the impact of gender ideology/trans activism on women and children in our country.

We are ordinary people; citizens, taxpayers, constituents. We share in common a horror at what is unfolding in our country in the name of trans activism/gender ideology.

In light of revelations from the Tavistock and Portman NHS Trust and elsewhere (e.g. Sweden, USA), we do not believe that any surgical or other medical interventions pushed by the trans lobby are in the best interests of children and teenagers. Safeguarding is adult-led and child-centred. It should never be child-led, as proposed by another Irish trans lobby group, BeLonG To, who warn teachers not to inform parents when a child starts to transition.

Given the evidence presented at the Keira Bell trial and a back-tracking on the part of the NHS who have ordered a review, we do not believe that puberty blockers, unlicensed and untested for long-term use in transgender healthcare, are reversible, and we are against their prescription to children.

In view of the behaviour of many trans activists in relation to safeguarding, we do not feel that they can be trusted with the wellbeing of confused and mentally distressed young people. Lobby groups like TENI and BelongTO should not be providing training or guidance in schools.

We do not agree with the current system of self-ID as enacted by the Gender Recognition Act of 2015. This allows any man who feels like it to fill out an A4 form and be recognised by the State as a woman ‘for all purposes’, thereby granting him access to all female-only spaces. If a man who has been tried and convicted for sexual offences can acquire a Gender Recognition Certificate (GRC), anyone can. If a highly disturbed teen who has made threats to kill women can obtain a GRC, anyone can. If both of these offenders, legally recognised as women, can be held in a women’s prison amongst the most vulnerable women in society, any sane or rational person must object.

But we’ve been here before.

In our lineage are the those who objected to the old system. When women and children were brutalised, incarcerated, tortured, shamed; their babies taken from them and sold or left to die, and buried in pits.

This is our recent and very dark past. The last Magdalene Laundry closed in 1997. We refuse to return again to an Ireland where the rights of women and children are relegated to the needs and wants of men.

We are the descendants of those who lived through the old Theocracy, and so, in our bones, we recognise the new one.

The letter that demanded our disenfranchisement came in the same week that our capital city was bedecked in flags and our landmarks were lit up in the colours of the new religion.

The week when our own Minister for Children, Roderic O’Gorman, did not mark or mention World Children Day but instead insisted on remembrance of non-existent trans victims of ‘violence and oppression’. There has never been a recorded murder of a trans-identified person in Ireland. This is the same Minister who sought to seal the files that documented the systemic, State-sponsored abuse and torture of women and children on an industrial scale, in our country, for 70 years.

The week after a trans-identified male, a father of three who claims he is now a woman, was elected to the board of our leading representative body of women and women’s organisations, the NWCI. Almost immediately, the NWCI signed a letter seeking to silence anyone who questions the trans agenda.

We are not right-wing, hard-liners or hate groups. We are ordinary people and our voices are part of a growing global resistance to trans ideology and activism.

We do not want trans-identified males playing female sport or in female prisons or refuges. We will not stand aside as distressed children are encouraged to hate their healthy bodies and put on a lifelong pathway of surgical intervention and drugs.

We believe that if they knew what was happening, the majority would agree with us.

Behind us, the women who were silenced and shamed.

Before us, the women who will rise up to ensure that our rights and the rights of our children are paramount.

We are here to stop the wheel turning.

We Will Be Heard.