Spanish Feminism and the Trojan Horse 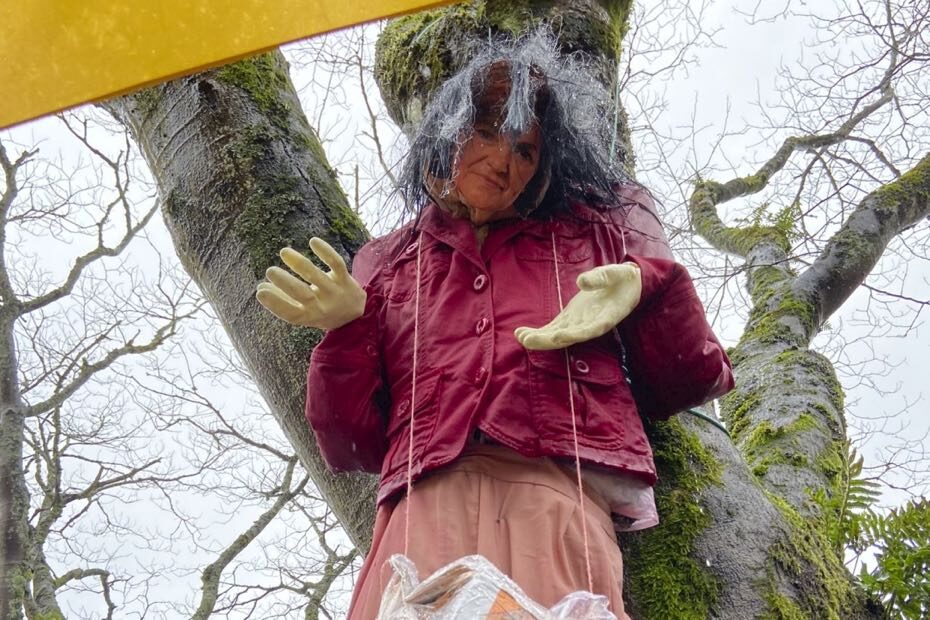 We are proud to present this article from contemporary Spanish feminist and activist, Alba Lopez. Here she provides a fascinating insight into the formative influences behind the current resurgent wave of feminism in Spain. She explores the reasons for the cohesiveness of Spanish feminists, which has helped them to secure their recent victory against government proposals to introduce self-ID legislation, despite intense pressure and sometimes sinister intimidation from trans activists.

Spain is in the unique position where liberal feminism has never really gained a foothold in the same way that it has in other countries with a more progressive history. As a result of four decades of living under a conservative Catholic fascist regime, the strand of feminist thought that has persisted in Spain is instead the one born from the militant resistance by communist and anarchist women during the Spanish Civil War in the late 1930s – a war in which women were front and centre in the fight against fascism.

Today Spanish feminists are united in their fight to defend what their great-grandmothers, grandmothers and mothers fought so hard to gain, and they are pushing back against regressive laws that seek to erase women from language, sports and statistics, and which allow men to invade women’s spaces, all in the name of “progress”.

In Greek mythology, Cassandra was blessed with the gift of foreseeing the future. Her curse was that no one believed her, a fact that weighed heavily in the destruction of Troy. Women fighting gender ideology are like Cassandra, we see the Trojan Horse, we warn people in every way possible. But no one believes us.

In Spain, like in many countries in the world, we are fighting the Trojan Horse that entered feminism and women’s spaces. We are living in a sort of dystopian reality where legislating on the basis of desires, feelings, and the belief that there is such a thing as female and male “essence” is seen as reasonable. And if we claim that it goes against common sense, reason, and materialism – as it erases observable and immutable realities – then we are called bigots and haters.

In February, Spanish trans activists hanged an effigy of Carmen Calvo (main image above) on a tree in a symbolic park for feminists called 8M (8th of March) in the city of Santiago de Compostela. Carmen Calvo is the country’s vice-president in a coalition government and is at odds with the policies pursued by the Ministry of Equality, led by Irene Montero (from the other coalition party). The biggest disagreement between them is the self-identification law that Irene Montero and her Ministry have been trying to pass at all costs. Calvo is usually too cautious and ambiguous publicly about this topic, but she has voiced her concerns regarding self-ID laws in the past. It is believed that she has been fighting this law internally.

However, the main obstacle to the path of passing a national self-ID law has not been Carmen Calvo, but Spanish feminism. Politicians and trans activist lobby groups assumed it was going to be as easy as it was in Canada, Argentina, or Norway. They did not realise that Spanish feminists are a force to be reckoned with. On May 18 Spain’s Congress of Deputies rejected a proposal that would have allowed legal gender recognition based on self-ID. However, we cannot be complacent, because there are Spanish legislators who will take the next opportunity to put forward a new proposal to introduce self-ID legislation.

The historical frame of the feminist movement in the Iberian country has been inadvertently preparing us for the feminist fight of the decade. But what is different about the Spanish feminist fight against gender identity policies and queer ideologies?

With the Second Republic, Spanish women conquered many rights. We won the right to vote led by Clara Campoamor in 1931. Divorce was made legal a year later and it became one of the most progressive divorce laws in the world, and feminist associations bloomed all over the country. Under a progressive government, women also conquered abortion rights and birth control policies. However, the leftist party was fearful that giving women too many rights was making them lose votes in the rural areas and eventually became more and more conservative in that regard. Spanish society was still, after all, Catholic and traditional.

It was because of this that women started losing their rights yet again, and then in 1936, before we could fight back, the Civil War started. During this period, anarchist and communist women were front and centre of the fight against fascism. Lucía Sánchez Saornil together with other anarchist women founded the women’s organisation Mujeres Libres (Free Women). They helped raise awareness on women’s issues all over the country and they played an important role in the war against the fascist tropes. They supported the inclusion and training of militia women and created an emergency medical clinic to support the injured soldiers, among other great achievements.

Unfortunately, women’s hopes and our fight for liberation were crushed when the fascists won the war in 1939. Many of the anarchist and communist women leading the feminist movement had to leave the country for fear of being imprisoned and tortured. However, some stayed and became part of the resistance and the reorganisation of the libertarian movement.

The fascist and Catholic dictatorship lasted for almost four decades. Which meant that when the rest of Europe was moving forward and women were conquering more and more rights, Spanish society was frozen in time. Women were seen as spiritually and intellectually inferior beings, who lacked a social and political dimension and who had an unequivocal vocation to be mothers and wives.

Women’s rights suffered greatly and we became men’s property again. We belonged to our fathers and then to our husbands; we could not divorce nor have a bank account. We were taught in segregated schools where we learned how to sew, cook, care for a family, and be a good Catholic.

The fascist regime became less strict over time with small changes like the reintroduction of women into the workplace, but it was not until the 1970s that Spanish women could start breathing again. In the late 1970s, with the re-establishment of the constitutional monarchy, Spanish women started to win back rights and speak publicly again about feminism and what needed to change in our society.

But as tragic and devastating as the fascist regime was, there was a positive outcome in the long run that can be seen nowadays. The Spanish feminist movement stayed very rooted in the materialism of Marxism and the spirit of the female anarchist fighters remained. These political roots, together with the fight for rights that were mostly already achieved in other countries, meant that when the rest of the Western countries were embracing liberal ideas, Spanish feminist women had other worries and a completely different political background.

Our feminist movement is strong and radical. We not only have brilliant feminist philosophers, professors, and lawyers, but also a strong base of women that are not willing to give up what our great-grandmothers, grandmothers and mothers fought so hard to conquer. We are armed with reason and political theory as well as with rage and unity.

Unfortunately, during the last couple of decades, we lost focus and we were not completely immune to gender ideology. Many of us did not notice how the vocabulary was switching, how we started talking about gender instead of sex in some laws, or how, for fear of not being inclusive enough, we started allowing males into our spaces.

And even though a few feminists were warning the rest of us for years, we only started to realise the dangers of gender ideology around 2017 when Podemos, one of the parties that now forms part of the government, published a self-identification legislation proposal. From then on, the movement regained the critical thinking and radical roots and never looked back.

Our current government, a coalition between two self-proclaimed left leaning parties, PSOE and Podemos, has been pushing hard for a national self-identification law, which is basically a copy of Bill C-16 of Canada or the 74-L of Norway. They are pulling all the strings and have a propagandistic campaign that would make Goebbels feel proud. On top of that, they meet with trans activist groups day in and day out, but have yet to meet with any feminists.

However, they did not expect such a pushback from women and the resistance to gender ideology among feminists is causing internal fights within the government’s two parties, since they are now fearing the loss of many women’s votes.

We are also reaching more and more people who were not aware of the implications of self-ID law and we are managing to bring the debate to the streets.

Before the proposed legislation for self-ID was voted on and rejected in May, we received the news that the Spanish Academy of Sexology and Sexual Medicine and the Observatory of Sexual Health were taking a side, and it was not the queer ideology side. We also read recently how the biggest trans activist groups in Spain, together with ILGA Europe, a European association that receives European funding and pushes a gender ideology agenda, expressed concern about the obstacles that trans legislation is encountering in Spain.

Spanish feminists fought very hard to stop this law from becoming a reality. We have been campaigning on social media but also publishing articles and organising online courses and conferences. There is even an attempt to create a true feminist political party (Feministas al Congreso).

For the last year, we have not been able to take to the streets and protest physically because of the current pandemic. However, we are making our voices heard loud and clear online.

On the last weekend before the pandemic restrictions started in Spain, we had the march for International Women’s Day 2020 and it was then that many feminists experienced how the violence of trans activists was growing exponentially. They broke abolitionist signs and marched with baseball bats and “kill the terf” T-shirts, pushing women out of the march.

Since then, the violence from the gender ideology cult against feminist women has increased even more, to the point that some months ago a female politician member of Podemos went to the Andalusian Parliament with a T-shirt that read: FCK TRF (Fuck Terf), with no consequences at all – indeed quite the opposite.

Gender ideology is hitting us hard and as much as we feel strong enough to push back, we are also aware that we might lose this battle. However, if that day comes, one thing is for sure: we will take to the streets with all our fury and reclaim the meaning of the word “woman” – judicially, socially, and politically. This movement is only getting bigger and reason will win over postmodern idiocy.

We should also remember that gender ideology is a global issue, and we are seeing women being erased from culture and laws in many countries. Associations such as UN Women have turned their back on us in favour of dogmatism and crowd-pleasing slogans. Governments all over the world are pushing laws which seek to erase women from language, sports and statistics and which allow men to invade women’s spaces.

The only thing left for us to do is to fight this regression relentlessly and globally. It is no longer a distant threat. It is happening. We are being erased. But we will not back down. Women of the world: unite.

Alba López is a Spanish feminist living in Germany. She works a regular boring job and in her spare time she does online activism, is part of three feminist collectives: VulvaFem (@VulvaFemDE), Liberación Animal Feminista (@LAF_veg), and TribuRadfem (@TribuRadfem), and is the co-host of a Spanish podcast (wetikopodcast.com) where she talks about women in history among other topics.