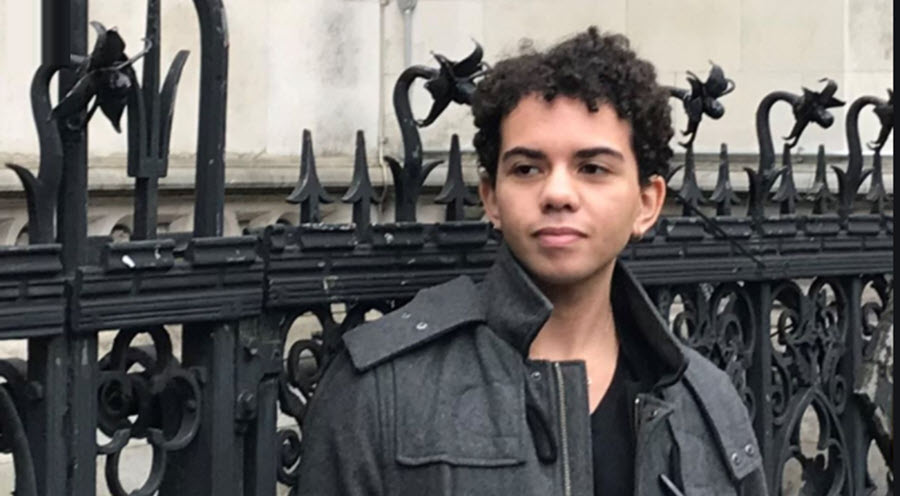 The Keira Bell judgement in the High Court in London on 1st December 2020 is a landmark for the future protection of children, and not just in England and Wales where the ruling technically applies. Its ramifications are international, and nowhere more than in Ireland.

Now aged 23, the then 15-year-old Keira, troubled and depressed throughout her adolescence, became convinced that she was really a boy in a girl’s body. That psychological trauma led ultimately to a double mastectomy and years of hormone treatments that have left her sterile.

The Gender Identity Development Service (GIDS) based at the Tavistock Clinic in north London started in 1989 – it currently sees Irish children, either in London or through clinics in Dublin, run by its own consultants. The issue for the court was whether children assessed by the service were able to give informed consent for drugs commonly known as Puberty-Blockers (PBs). The judgement caused a significant outcry from a number of organisations who support the use of these agents in children as young as 10, and up to 17. They stated that these drugs have been in use for decades and are “safe” to use.

The issue of safety is crucial.  Aspirin has been in use for over a century, and for most people it causes no harm – in fact it is a mainstay of treatment for heart disease and stroke. However, it is not safe in many people with asthma, and can, on rare occasions, cause acute liver failure in children. To say a drug is universally “safe” is simplistic at best.

While PBs certainly have been in use for decades, this is where it is important for people to understand the difference between what a drug is “licensed” for and its use “off-label”.

Most people know that drugs have to go through prolonged development and testing, to assess whether a) they are safe and b) they actually have a beneficial effect on patients for one or more specific conditions before they are licensed. The evidence is assessed by the relevant regulatory authorities such as the FDA in the US, or the EMA in the EU.

For most conditions, the most robust method to get approval for use is by performing RCTs – randomised controlled trials. To remove bias from the assessment of results, these are often “double-blinded” – the patient and their doctors don’t know whether the person is getting the drug being tested or a placebo (if it’s a completely new treatment). Reports on any potential adverse effects are reported during the trial, and an independent safety panel reviews all the reports – it can halt the study immediately if things are going wrong.

The proper name for puberty-blockers is Gonadotrophin-releasing hormone (GnRH) analogues. Gonadotrophins are produced in the pituitary gland in the brain, and regulate the production of sex hormones such as oestrogen and testosterone. GnRH is produced in the brain and is part of a feedback system. Many hormones work the same way – the thyroid for instance: if thyroid hormone levels go too high, the brain detects that and “instructs” the pituitary gland to knock back the hormone production.

GnRH analogues are designed to fool the system so that the gonadotrophins get switched off, and sex hormones fall. They are used in conditions like breast cancer or prostate cancer – tumours which grow when the sex hormones are present, but shrink back when they aren’t there.

Blocking the onset of puberty is a legitimate reason to use these drugs – but only in small children who have started puberty early – girls under the age of 9 and boys under 10. The drugs are stopped by the time the child is 10 years old, and normal puberty generally follows.

By all accounts, children who have difficulties with their gender identity suffer great distress: it is awful to watch people suffering and most of us would want to do something – almost anything – to alleviate it. Unfortunately, what works in theory doesn’t always work in practice; sometimes it makes things worse.

For instance, in the 1980s and 1990s, intensive care units in many countries used a drug that was thought to help people with acute kidney failure – a common complication after major accidents, complex surgery or sepsis. However, when proper trials were done, not only did they show that the drug didn’t work – it actually increased the risk of death.

That is an extreme example, but there are plenty of trials where drugs caused more harm than good. Doctors who prescribe medication where the evidence is very limited or poor, are expected to be extremely careful in doing so: can they justify the use in that patient for that problem? Is there literature to support it? Would their peers agree? Would they be able to defend it in front of a judge?

The judgement from the High Court about the practice of prescribing Puberty Blockers to 10-17 year-olds was damning – “Experimental”. Peer-reviewed literature simply doesn’t support the routine use of these drugs for this problem in this age group – there is very little published research. GIDS started doing a study in 2011 on under-16s prescribed the medication but told the Court that the draft paper was unavailable when the case was presented in October. Oddly, the submitted paper (not yet accepted or peer-reviewed) was quietly posted online the day after the judgement.

The absence of audit data also concerns me: doctors are required to perform audit during our training and as consultants. It can be something as simple as reviewing patients’ records to check that important information has been recorded such as blood pressure, weight, or smoking history. Yet, despite months to prepare, GIDS were unable to say how many of their patients had a diagnosis of Autism – although that is a major association for children referred to such clinics.

Doctors cannot treat patients effectively if we cannot make a solid diagnosis: even in physical medicine it can be difficult, despite all the tests at our disposal. In mental health, so much depends on the person’s symptoms and behaviour and the issues can be very complex.

It is likely that some of the children seen by GIDS and equivalent services do have a genuine condition of “gender dysphoria” which requires treatment to transition: there are trans adults who sympathise with the feelings these children have, and are clearly content having undergone gender reassignment. However, there are clearly children who grow up to be LGB, comfortable in the sex they were born into.

Is it possible to distinguish between these groups in childhood? And how should they be managed?  Maybe there is a place for puberty blockers for some of the patients GIDS sees? Or maybe these drugs will turn out to be ineffective – or worse?

There has inevitably been a lot of distress from children and their families affected by this judgement and they deserve empathy and support.

More concerning though is the response from the likes of Mermaids and Stonewall, and of course the NHS Trust overseeing GIDS. Healthcare professionals, and doctors in particular, are advised not to look after those close to us: we just cannot be objective. Emotion clouds judgement.

Prescribing drugs where the long term effects are unknown is not good medical practice. Proper, sober, considered research is needed to ensure correct care is given to children troubled by puberty.

What does it say about society that this appears to be a controversial position to hold?