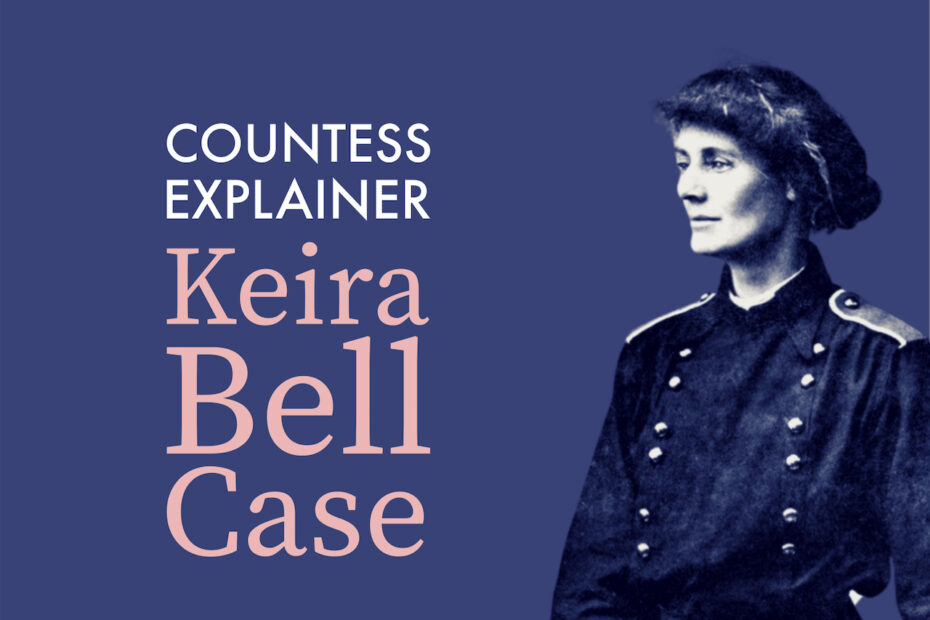 What is the background to this case?

Keira Bell is a 23 year old English woman who experienced gender dysphoria (GD) as a teenager.

GD is a condition where “persons experience distress because of a mismatch between their perceived identity and their natal sex”, i.e. Keira Bell, who is a girl, wished to live as a boy.

Keira Bell was referred to the Gender Identity Development Service (GIDS), which in turns refers teenagers to one of two NHS trusts.

GIDS Service Specification, as set out in their NHS Standard Contract identifies the purpose of the treatment it provides as “to help reduce the distressing feelings of a mismatch between their natal (assigned) sex and their gender identity.” (para 15)

The three stages of physical intervention recognised by GIDS are:

Until a policy change in 2011, PBs were only available at GIDS for those aged 16 or over. The policy change was came about as a result of a study, which the Court was told in evidence by Tavistock, has yet to be peer reviewed or published and what Keira Bell’s legal team referred to as a “non-existent or poor evidence base.”

Since 2011, there are two types of endocrine clinic:

The Early Intervention Clinic will consider children as young as “under the age of 12” for PBs “if they are in established puberty.”

In Keira Bell’s case, she was referred to the services of the Tavistock and Portman NHS Foundation Trust (Tavistock).

She may be unable to have children as a result of the “treatment” she underwent.

*Children: Those under 16 are legally referred to as children.

What is the legal process of Judicial Review?

In this case, Keira Bell was not suing for damages. In an ordinary legal case (e.g. a personal injuries case), party A sues party B for the legal remedy of “damages” (i.e. money).

Judicial review is a legal process whereby the High Court can review the actions of a government body (in this case, Tavistock and Portman NHS Foundation Trust) to determine whether or not the body acted within the bounds of the law, i.e. whether or not it acted lawfully.

It was Keira Bell’s case that NHS Tavistock had acted unlawfully by subjecting her to medical “treatment” without obtaining her informed consent.

Specifically, she argued that she was incapable of giving informed consent, by virtue of her youth, the experimental nature of the “treatment”, the life-long consequences which are a direct and naturally flowing result of the “treatment”, as well as what she argued was the inability of anyone of such tender years to be able to comprehend what those consequences would actually mean in practice for the rest of her life.

She contended that no-one under the age of 18 could legally give informed consent to the “treatment” to which Keira Bell had been subjected.

She argued that the information given by Tavistock to those under 18 is “misleading and insufficient in order to ensure that such children or young persons are able to give consent.”

She further argued that the absence of procedural safeguards, and the inadequacy of the information provided, results in an infringement of the rights of children and young persons under Article 8 of the Protection of the European Convention for the Protection of Human Rights and Fundamental Freedoms (the Convention).

The Court emphasised, in its judgment that: “The sole legal issue in this case is the circumstances in which a child or young person may be competent to give valid consent to treatment in law and the process by which consent to the treatment is obtained.” (para 9)

The High Court held in her favour and found that the Tavistock and Portman NHS Trust had behaved unlawfully and had failed to meet the standards necessary for Keira Bell to have given informed consent.

What are the general parameters within which doctors have to operate legally?

All medicine is governed by law and highly regulated by the relevant regulatory authorities in terms of individual practitioners (e.g. in Britain, the General Medical Council for doctors).

All medical practitioners have to operate within the bounds of the law as well as within any ethical and regulatory requirements set out by their governing regulatory bodies.

Informed consent is central to medical practice. A patient has to give informed consent to a course of treatment before a doctor can proceed with it.

There is a (rebuttable) presumption that a patient over the age of 16 is capable of giving informed consent to medical treatment, in the jurisdiction of England and Wales.

A child under the age of 16 may be capable of giving informed consent, depending on the circumstances, but it is more complex legally.

What is “Gillick Competence” and why does it matter?

Gillick is a House of Lords case from 1985 which examined the ability of a 15 year old (i.e. a child under the age of 16) to give informed consent to her own medical treatment. [Gillick V West Norfolk and Wisbech Area Authority [1986] A.C. 112]

The facts of the case pertained to a 15 year old girl who had sought a prescription for the contraceptive pill from a doctor and had been provided with it, without her parents’ knowledge or consent.

Her mother sued. It was her mother’s case that her daughter could not legally consent to such medical treatment, as she was under the age of 16.

The Court disagreed and set out the circumstances in which a child under the age of 16 would be capable of giving informed consent to their own medical treatment. It has become known as “the Gillick test” which governs the law on informed consent in jurisdiction of England and Wales.

A child under the age of 16 can lawfully consent (i.e. give informed consent) to their own medical treatment if he/she has “sufficient maturity and intelligence to understand the nature and implications of the proposed treatment” and provided certain conditions are satisfied.

When someone is referred to as being “Gillick competent”, it means he/she has passed the Gillick test and is legally capable of giving informed consent to medical treatment.

How was ‘Gillick’ applied in the Keira Bell case?

Applying Gillick, the High Court in the Keira Bell case (at para 126-132) held that:

Generally, in relation to medical treatment, parents can give consent on behalf of children under the age of 16 (i.e. in some circumstances, they can override their children’s wishes and give consent on their behalf.)

However, in the Keira Bell case, the Court did not address the issue of parental consent because it is GIDS own policy, as set out in its response to the pre-action protocol letter, that:

“Although the general law would permit parent(s) to consent on behalf of their child, GIDS has never administered, nor can it conceive of any situation where it would be appropriate to administer blockers on a patient without their consent. The Service Specification confirms that this is the case.”

Therefore, the issue of parental consent did not arise, in this case.

What did the Court decide?

The High Court agreed with Keira Bell and found in her favour.

The Court held that

The Defendant sought permission to appeal from the High Court on ten grounds. All ten grounds were rejected by the Court.

In the meantime, the High Court has “stayed” its decision “initially” until December 22nd, 2020.

FacebookTwitterLinkedinPinterest
Tags:GIDSGillickKeira BellmedicalisationTavistock
previousWe Will Be Heard
nextSubmission to the HSE on Cervical Check
JOIN US
DONATE